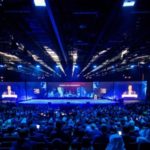 The 24th World Energy Congress held on 9th-12th of September in Abu Dhabi has been declared an enormous success with almost 15 thousand delegates attending from around the world.

We have put together for your attention a digest that reflects the Congress 2019 highlights: 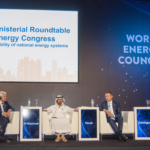 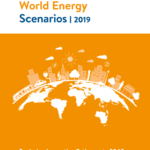 On September 10th, 2019, the World Energy Council in collaboration with Accenture Strategy and the Paul Scherrer Institute launched an updated World Energy Scenarios report during the 24th World Energy Congress in Abu Dhabi. The Scenarios provide energy leaders with a clear strategic framework for navigating ‘disruptionas-usual’ and offer a platform to support a rigorous global strategic dialogue on the future of the energy system. 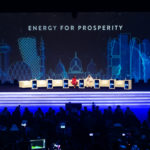 The theme of the 24th World Energy Congress in Abu Dhabi was “Energy for Prosperity”. The challenge is to deliver prosperity for all by harnessing the emerging promise of a new era of global abundance of clean and renewable energy sources and technologies. We need to take concrete steps to protect our planet and enable all societies to flourish by securing flows of reliable, affordable and sustainable energy to everyone, at any time and in any place 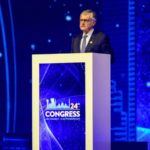 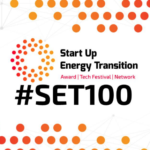 From the 9th to 12th September, more than 80 start-ups from the Top 100 list of this year’s Start Up Energy Transition (SET) Awards presented their business models at the 24th World Energy Congress in Abu Dhabi. The SET100 Innovation hub presented solutions ranging from hydrogen electrolysis and cloud-based energy systems in buildings to sustainable bamboo briquettes, which can make a significant contribution to the success of an integrated energy transition. 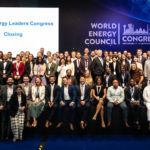 100 selected young energy professionals gathered in Abu Dhabi at the Future Energy Leaders Congress to discuss and debate the most pressing issues on the energy agenda while presenting their vision for the energy future. Their main pledge was to work towards accelerating the energy transition. The Future Energy Leaders (FELs) pressed for netzero carbon emissions and with the aim of exceeding the commitments of the Paris Agreement. 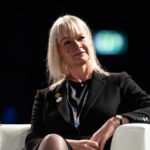 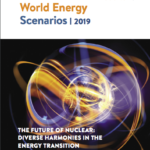 The Future of Nuclear

The Future of Nuclear: Diverse harmonies in energy transition 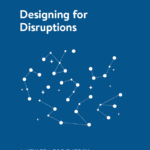 Designing for Disruptions: a new era for energy

The new World Energy Council’s “Designing for Disruptions” report released at the 24th World Energy Congress introduces the “Constellation of Disruptions” (CoDs), an innovative framework for explaining the combinatorial effect of changes in technology, society, business and policy. By helping leaders better understand complex current and future changes, CoDs is a radical new way  to think about – and lead – the energy sector. 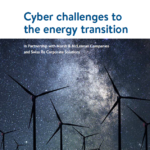 Cyber Challenges for the Energy Transition

Cyber Challenges for the Energy Transition

This new World Energy Council’s Insights Brief explores the complexities and interconnections of cyber resilience in an energy system context. It applies the Council’s Dynamic Resilience framework concept as a tool to trace system vulnerabilities and holistic approaches to built-in resilience. The report was prepared and developed with Marsh & McLennan Insights of Marsh and McLennan Companies. The wider Dynamic Resilience programme facilitates strategic knowledge sharing for emerging systems risks and new types of energy shock. 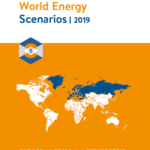 This new report is following a medium-term time horizon of 2040 and focuses on the European region, which includes EU31, Eastern Europe and Russia. It explores three plausible pathways for a region in Modern Jazz, Unfinished Symphony and Hard Rock futures, provides comparative analysis, and a broader view on ‘how to use’ the scenarios. These regionally focused scenarios were produced using a World Energy Council framework, that was developed by the Council and its scenarios partner, the Paul Scherrer Institute. 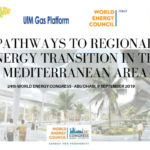 Pathways to regional energy transition in the Mediterranean area

The World Energy Council’s Italian committee, Observatoire Mediterraneeen de l’Energie (OME), who also serve as Secretariat of the Union of the Mediterranean Gas Platform, and the Italian Institute for International Political Studies (ISPI) organised a closed door seminar entitled “Pathways To Regional Energy Transition In The Mediterranean Area”, following on from the end of this year’s World Energy Congress in Abu Dhabi. 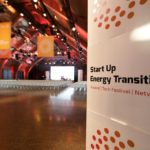 SET Award 2020: call for applications for top innovators in the Energy Transition

The international ‘Start Up Energy Transition’ (SET) initiative invites young and innovative companies around the world to apply for the SET Award 2020. The fourth year of the awards for business ideas in energy transition and climate protection was launched at a kick-off event in Stockholm, Sweden. Applications are welcomed and submissions are open until 15th January 2020 at www.startup-energy-transition.com

Over the past three years, over 1300 start-ups from 88 countries have taken part. 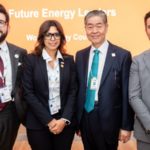 Running in parallel to the 24th World Energy Congress, some one hundred selected young energy professionals gathered in Abu Dhabi at the Future Energy Leaders Congress to discuss and debate the most pressing issues on the energy agenda while declaring their vision for the energy future. The Congress was an opportunity for young energy professionals from national FELs programmes to exchange ideas with each, other including how to develop national FEL programmes to meet the challenges and opportunities of the energy sectors in each country, and identify innovative solutions to overcome these challenges.

We conducted survey among energy leaders from 100 countries. Which technology will lead the way? What’s the biggest source of tension in energy? Is energy efficiency still a low hanging fruit and who is paying for all this transition? This is the Energy Pulse. The result of the Pulse highlighted the importance of the role of large-scale storage and consumer behaviour change in progressing affordable decarbonisation. Water and data ownership challenges highlight the need for energy leaders and their organisations to better prepare for new and fast emerging systemic risk.